Say No to the Dress: According to Third-Wave Feminism


Third- Wave Feminism and Say Yes to the Dress 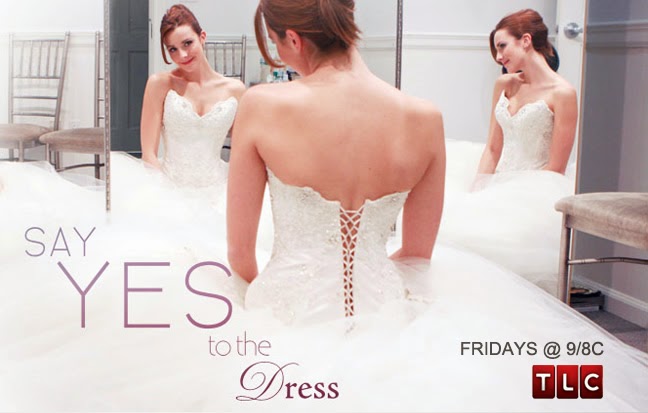 In today’s day and age, it’s easy to the think that we don’t need feminism. Feminism is a thing of the past and now that we have the right to vote and affordable birth control pills feminists are off duty. The TLC series “Say Yes to the Dress,” can tell us something very different. In the series, women from all over the country flock to Kleinfeld bridal boutique in New York City to find their perfect wedding dress. They have found the husband, now they must find the perfect dress! Through the perspective of Third-wave feminism this show, while highly entertaining, is problematic in the way in which it portrays women as emotional dress-obsessed brides whose culminating moment in life is their marriage. At the same time, the show reinforces our societies standard of beauty and those customers who do not fit this mold are saved for TLC’s sister series Say Yes to the Dress: Big Bliss. In addition, the series also shows how women are still dependent on the men in their lives, aka their fathers and husbands.
Third Wave Feminism, for those of you who don’t know, rests on the cusp of second wave feminism. Third-wavers believe that the fight is still not over. They believe that women are still oppressed and fight for more equality. Third wave feminism, unlike its predecessors, is for everybody and everything. It’s multifaceted and encompasses a variety of different dimensions of being a women in our modern society. According to Claire Snyder of George Mason University, third wave feminism is intersectional, multi-vocal, and inclusive and nonjudgmental, (Snyder, 2008). With this being said, third-wavers cringe at the way in which women are portrayed in mainstream media, including shows like Say Yes to the Dress.
Our favorite and most reliable news source, The Onion, featured a story titled “Woman takes a short- half hour break from being a feminist to enjoy TV show.” The story points out how Say Yes to the Dress portrays women as being whiny and irrationally emotional brides. In Season one episode eight “Emotions Run Wild,” Jillian, a bride comes in to Kleinfeld to find the perfect wedding dress for her marriage to a U.S. Marine. In the personal interview with Jillian she begins to cry as she states “I’m not exactly getting everything I want,” (Emotions Run Wild). She continues to note that the perfect dress is so important to her because it is something she can control. This shows a women being overly and somewhat irrationally emotional about a rushed wedding. Third-wave feminism works to redefine how women are portrayed in our media and this represents an instance that regresses the progress women have made in society to date. This in fact proves the stereotype that women are overly irrationally emotional which we all know is by all means not true. 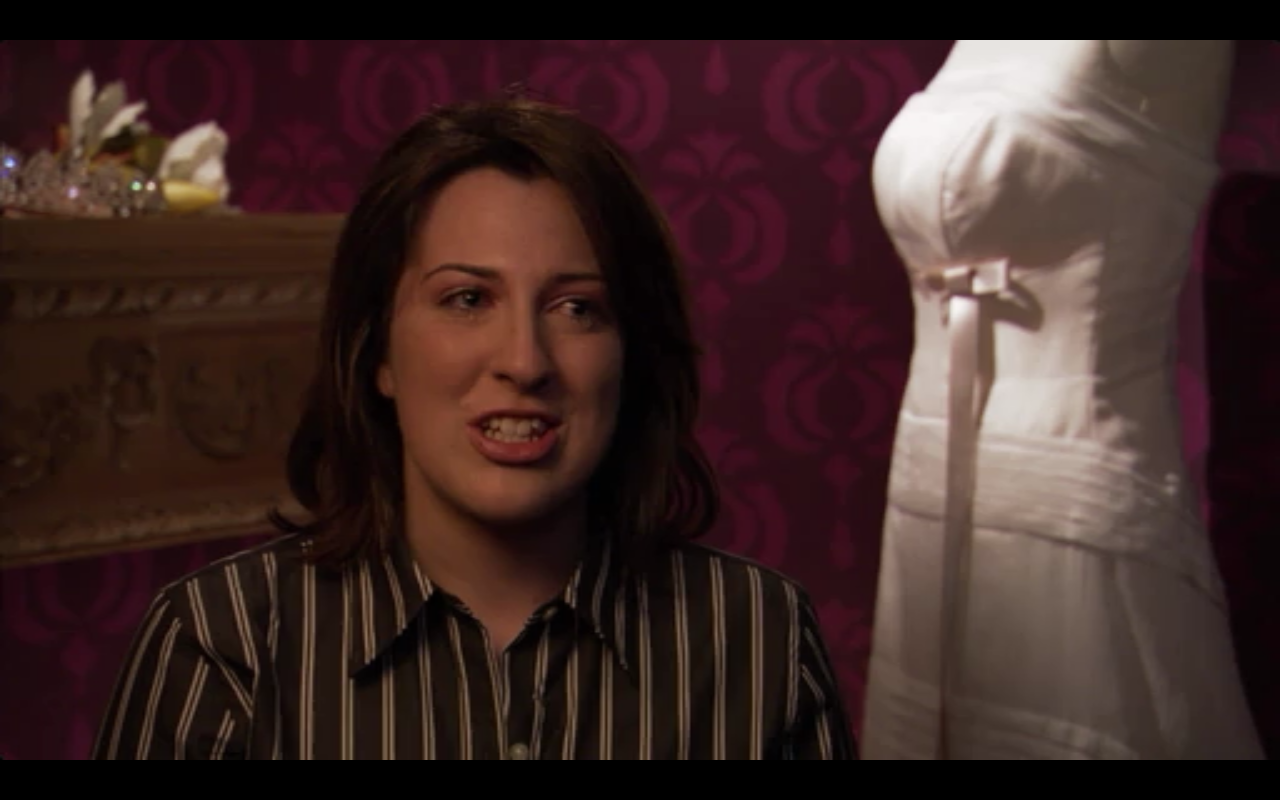 The series also reinforces an ideal standard of beauty that many of us average looking women simply can never attain. While the series does not only feature beautiful women, those customers who do represent our ideal standard of beauty are praised on the show for being “a beautiful bride.” Those who do not live up to the ideals, or those who are seen as more overweight, are seen as challenges. Third wave feminism “emphasizes the importance of cultural production and critique, focusing particular attention on female pop icons, hip-hop music, and beauty culture,” (Snyder, 2008). This is why this aspect of Say Yes to the Dress is so problematic to Third-wave feminists. In Season 2 episode 10 “What a Bride Wants,” a beautiful petite bride is told “you look breathtaking” as she tries on a $27,000 bridal gown. Of course, the consultant is trying to butter the bride up so she can make a large chunk of commission off of that sale, but at the same time it is evident that not all of the brides are treated the same way. In a different episode featuring a bigger bride Randy, the fashion consultant, states “The moment those doors open and they step down that aisle, they realize there’s going to be hundreds of eyes staring at them and the pressure is on for them to look beautiful,” (Cinderella comes in all sizes). This reinforces the idea that there is a certain standard for women, especially for women who are about to walk down the aisle. This is also evident in the fact that the bride in this episode “Cinderella comes in all sizes,” would like to lose about 20 pounds before getting married. Third-wavers advocate for body acceptance, which is the exact opposite the message that Say Yes to the Dress is sending to its viewers.
Say Yes to the Dress also reinforces the idea that love is a fairytale and that the culminating moment in a woman’s life is her wedding. In season 4 episode 15, “Princess Bride,” Randy, our favorite, says “I think that every girl wants to be a princess and I think this is their last chance to become this fantasy that they have dreamed about becoming since they were a little girl,” (Princess Bride). Randy’s quote again uses this rhetoric of the princess bride that all women, supposedly, strive to be as little girls. Subsequently, this makes women viewers feel as though they should also want this fairytale life and if they haven’t dreamed about this since they were little girls then there is something wrong with them. While third wave feminism supports the idea that a woman’s life doesn’t have to be spent dreaming about this fairytale wedding, it also supports and recognizes the fact that some women, in fact, do want to be a princess at their wedding. Third-wave feminism “encompasses the tabooed symbols of women’s feminine enculturation…and says using them isn’t shorthand for ‘we’ve been duped,’” (Snyder, 2008). Basically women should be free to want whatever they like, whether that be a fairytale wedding, or maybe even no wedding at all! How shocking! The point is that our media sources should not be telling us women what we should and should not want. It is our right to decide for ourselves what we want out of our lives. 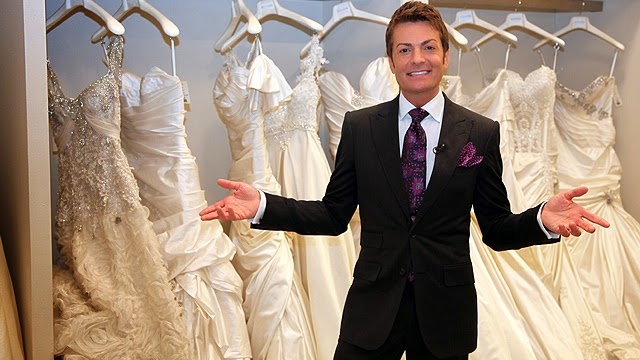 Last, Say Yes to the Dress represents the idea that women are dependent on the males in their lives. There are countless episodes where the brides fathers pay for their daughters ridiculously expensive wedding gowns, and there are other episodes where brides bring in their fiance’s to help them pick their wedding dress. In the opening credits of Season 4 Episode 16 “Daddy’s Little Girl,” viewers hear things like “he is the rooster in the hen house,” “father knows best,” and “pleasing him can be a challenge,” (Daddy’s Little Girl). Just these few statements in the opening credits of the episode are enough to reinforce the fact that while women have made such great strides, they are still subordinate to men and that there is a need to please them. Third-wavers feel as though men and women are equal, in fact, “third-wavers feel entitled to interact with men as equals,” (Snyder, 2008). They also see “gender equality as inextricably connected to the struggle for socialism,” (Snyder, 2008).
While Say Yes to the dress is a highly popular and entertaining show, it is problematic in the way in which it reinforces societies stereotypical ideas about women. Like the onion article said, us third-wavers will just have to take a short thirty-minute break from being a feminist to enjoy Say Yes to the Dress.